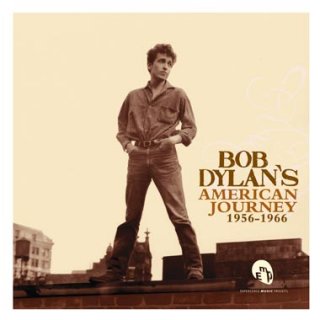 This section is a separate multi-year list by release date of commercially-released stereo Dylan-only compilation albums (including Greatest Hits albums with non-standard tracklists) that have been referred to me but do not qualify for my Searching For A Gem list because they contain only performances which are all available on officially released Dylan albums. Nevertheless, their interest value or scarcity means they're worth listing here - as far as I know some are not included on any other Internet site. Thanks to Hans Seegers for all the exclusive CBS Japanese releases, etc.! The list has now been divided by decade.

Bob Dylan Compilations other than "Greatest Hits" and other Dylan-Only compilation albums listed on the "bobdylan.com" Albums Page

These are now listed on seven pages, one per decade:

A summary is listed below:

Although CBS S 63111 (NL) and CBS/Sony SONX 60044 (Japan) use the front sleeve of the US release of Bob Dylan's Greatest Hits, they have different tracklists. The Dutch compilations were also released in several other countries, such as West Germany and even Australia.

CBS S 67239 (UK) has the same front sleeve as the US release Bob Dylan's Greatest Hits Vol. II, but has a different tracklist on Side 4. CBS 137.904 (Brazil) again uses the same front, but is a completely different compilation. The 1970s saw an amazing number of Japanese Dylan compilations!

Astoundingly, there were no Japan-only Dylan compilations in the 1980s!

2010's Dylan Ga Rock [Dylan In Rock], Sony Music SICP 2620-1 (Japan), is a different 2CD compilation from the 1993 Japanese 2CD release SME Records XDCS 93111-2 with the same title and front design. The Essential Bob Dylan, Sony Music 88697 78417 2 (Europe), still has 36 songs, as do the 2001 European releases, but as well as a different front design it has a different tracklist with changes on both CDs. Sony Music 88697850802 (Germany) is actually the 18-track single CD release of Dylan from 2007 with new artwork! The tracks included in the 2013 Music + Photos German release (catalogue number not yet known) apparently replicate the Oct 2010 European revised version of The Essential Bob Dylan. The CD included in the 2013 US release Threads + Grooves is the 2008 compilation CD+ Playlist: The Very Best Of Bob Dylan '60s. The 2016 vinyl 2LP version of The Essential Bob Dylan has only 23 tracks, but the once more revised tracklist includes tracks not released in 2000 up to Long And Wasted Years from Tempest in 2012.

The Sony Music Japan 2CD compilation The Japanese Singles Collection was intended to be released to mark Bob's tour of Japan in April 2020. Although the tour did not take place, the compilation was released on schedule.

The Best of The Bootleg Series was a 28-track download only.

Other International Compilations are now here: