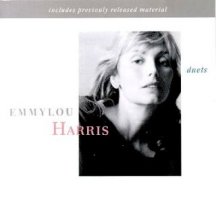 This is a page you might not expect! It includes promo and commercially-released stereo compilation albums by other artists. However, each of them features a Bob Dylan track from one of his officially released Dylan albums. They do not qualify for my Searching For A Gem list, but nevertheless, their interest value or scarcity means they're worth listing here - as far as I know some are not included on any other Dylan-related Internet site.

Other International Compilations are now here:

This page may be incomplete. If you have any entries to add to the list or additions/corrections to existing entries, please let me know!

Qualification: all the songs on the album are from one artist, but one or more of them is a regular album track from Bob (not a non-album appearance in a Duet or as a Sidesman, which have their own pages).

A 19-track CD The Best Of "A Musical History" was released by Capitol in the USA on 17 Apr 2007. This contains two tracks with Bob, Can You Please Crawl Out Your Window? and Forever Young (the slow version from Planet Waves). There are no rarities.

Song titles in blue are not on the 18-track CD below.

The CD is also available as a deluxe edition in a linen slipcase with a bonus DVD of six live Band performances from the DVD in this set (no Dylan content). For the original set, which contains Dylan rarities, see 2005. Thanks also to Jack for scans of a CD-R promo of the album.

Song titles in green are not on the 19-track CD above.

This CD comes in a clear jewel case with a single card as the front insert. It has "Licensed for Promotional use only" on the rear insert and the disc.

Song titles in green are not on the 19-track CD above.

All these items contain Girl Of The North Country, the duet with Bob from 1969's Nashville Skyline. If you know of any other Johnny Cash compilation with this song that is not listed here, please let me know. Take 3 from Columbia Studio A, Nashville, TN, 18 Feb 1969, released on Nashville Skyline. Rehearsal and Take 1 were released in Nov 2019 on The Bootleg Series Vol. 15 - Travelin' Thru 1967-1969. Take 2 was incomplete.

Thanks to Jack from Canada for information and scan.

It was first released in Sweden in 2001, and then in the rest of Europe and South Africa in 2002 with the same title and artwork, but with a different catalogue number and tracklist. On the Swedish compilation the Dylan album track is CD2, track 3, and on the rest of Europe/South African compilations it's CD2, track 7. The album also contains Johnny's cover of It Ain't Me, Babe, track 4 on CD2 of the Swedish compilation, and track 1 of CD2 on the others.

There is a similarly titled 1992 3CD set from Columbia, The Essential Johnny Cash 1955-83, but it does not contain this song.

Thanks to Moise Potié and Jack from Canada for information and scans. Thanks to Bill Hester for scans of the Australian release. It has a front sticker which doesn't mention Bob.

These 6-track CD singles aren't strictly albums, but are listed here as they fulfil the requirement of being a single artist compilation containing a Bob Dylan album track.

Johnny Cash's 70th birthday was on 26 Feb 2002 (he died 12 Sep 2003). This six track sampler contains Girl From The North Country, the 1969 duet with Johnny Cash and Bob from Nashville Skyline, as well as Johnny's cover of Wanted Man, the unreleased 1969 Dylan song that finally appeared in 2019 on The Bootleg Series Vol. 15 - Travelin' Thru 1967-1969. The Dutch release has a new title and artwork, but the same six tracks.

Thanks to Brian Clarke, Kenneth Robson and Ger Hemel for information and scans.

The European sticker is on the front of the digipak itself, but doesn't mention Bob. On the Canadian CD the title "Family And Friends" is on one line, on the European CD it is split over two lines.

Thanks to Jack from Canada for scans of the Canadian release.

Thanks to Les Kokay for information and scans.

This 1975 2LP set was the only release of this album in the UK, it was never re-released with orange/yellow record labels. The US catalogue number in the centre of the front sleeve above Al Kooper's head has been blanked out. The records have orange CBS labels with the additional catalogue numbers of S 80481 on Record 1 and S 80482 on Record 2.

The Songs: New York City (You're A Woman); I Can't Quit Her; I Stand Alone; Brand New Day; The Heart Is A Lonely Hunter [new to the CD]; Sam Stone; Jolie; I Love You More Than You'll Ever Know

LP-only songs [omitted from the CD]: My Days Are Numbered  Without Her  So Much Love  I Got A Woman.

Thanks to David Plentus and Manuel García Jara for information and scans.

On the front picture the original US catalogue number PG 33169 is blanked out as on the UK 1975 2LP release. The front insert is an 8-page stapled booklet.

Thanks to David Plentus, Kenneth Robson and Manuel García Jara for information and scans.

The Lonesome River was released in Oct 2008 on CD2 of The Bootleg Series Vol. 8 - Tell Tale Signs: Rare And Unreleased 1989-2006, see here. This means R-0266 has ceased to be a rarity and Clinch Mountain Country now qualifies for this page.

Listings © 1998-2020
The rights to material from all quoted contributors remain with them. Copyright of all included artwork remains with the various record companies.