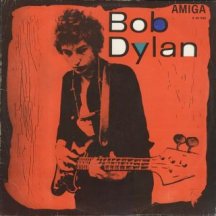 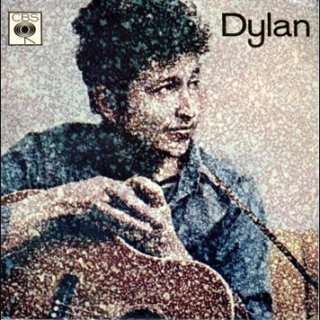 This section comprises fourteen pages of Dylan mono albums, divided up as shown below, including two multi-year lists by release date. There are also now five pages of Dylan mono 7" singles and EPs. They do not contain rarities or obscurities and are not eligible for the Searching For A Gem list. Nevertheless, their interest value or rarity means they're worth listing here - as far as I know some are not included on any other Internet site.

These pages are still incomplete. If you have any entries to add to the list or additions/corrections to existing entries, please let me know!

The pages above list releases of regular Bob Dylan LPs that were separately engineered to create a mix specially for mono (then the most popular format). The last Bob Dylan album to have a separate mono mix has been for many years thought to be Blonde On Blonde, but it is now known that John Wesley Harding had a unique mono mix also. Later mono LPs (up to 1970) were just reductions to mono from the regular stereo mix (left and right channels combined to make a mono channel), and are listed in the "Reductions from Stereo" section below. Mono LPs, singles and EPs with rare tracks (e.g. mono versions with significant differences from the mono album tracks, such as different mixes, edits or fades) are listed in the main chronological Rarities pages. Note that some countries like the USA and UK have so many variations amongst 1960s Dylan albums that it is impossible for every combination to be listed on the mono and stereo album pages!

Because of limitations of 1960s stereo record players, stereo LP tracks had to be considerably mixed down to stop the stylus jumping, and the bass especially had to be greatly reduced. This means the original 1980s stereo CDs created from the 1960s stereo LP mixes sound unsatisfactory today. Also, the stereo separation on early Dylan albums was deliberately exaggerated and sounds very artificial to today's ears (although this has been addressed in the remastered albums on hybrid SA-CD and SA-CD from 2003 onwards). That's why, until Columbia got around to reissuing the mono mixes on CD in remastered form, serious Dylan collectors valued the original mono LPs so highly. Several mono LPs were reissued on 180 gm vinyl by specialist US record label Sundazed

with authorisation from Columbia, and these editions are listed on the individual album pages, and new 180 gm vinyl versions were released by Columbia/Legacy in original sleeves as the 9LP version of The Original Mono Recordings in Dec 2010.

Thanks to David Burgess for the UK catalogue numbers - all my mono LPs were stolen when my Manchester flat was burgled in May 1968!

Re US and Canadian mono and stereo vinyl releases, Robert Kornovich says "I was recently looking through my collection of Dylan records from the 1960s, specifically US and Canadian pressings, and noticed that the front sleeve slicks are exactly the same for the stereo and mono pressings. It appears that when pasting on a stereo cover slick, they made sure that the stereo markings at the very top are visible on the front by wrapping the excess at the bottom of the slick around to the back of the cover. For the mono album they pasted the slick so that the very top with the stereo markings wraps around to the other side of the cover and is eventually covered up when the back slick is pasted on.

I had a few mono copies of Freewheelin' and Highway 61 Revisited that are in rather poor shape, so I peeled the slicks off of the back to confirm that the stereo markings are there, wrapped around to the other side. Some of my better mono copies have the stereo markings slightly visible through the back slick. This appears to be the case for all albums prior to Blonde On Blonde, and was no longer the case for any pressings done after the early 1970s."

Now the first eight mono albums (omitting 1967's mono release of Bob Dylan's Greatest Hits) have been released on CD by Columbia/Legacy in a boxed set on 19 Oct 2010 and on vinyl on 21 Dec 2010, the original vinyl mono albums have ceased to be rarities, as have individual mono mixed album tracks released as singles with significant differences from the stereo album versions.

These three regular mono albums did not have a unique mono mix, but were created by combining the two stereo channels from the stereo mix. They were not included with The Original Mono Recordings in 2010. These albums are still rarities!

These five pages list mono 7" singles and EPs released worldwide up to 1976. 1965 and 1969 have a large number of mono singles releases, so have their own pages. Those mono singles released from albums available only in stereo are all mono reductions of stereo tracks. There is also a page of 7" single sleeves -  the value of a Dylan 7" single to a serious collector is considerably enhanced if it is in the correct sleeve for its time period, and not in a plain or incorrect sleeve! Mono singles re-released in the 1970s in the Columbia "Hall of Fame" series are listed here: Columbia "Hall of Fame" Singles.

Listings © 1998-2022
The rights to material from all quoted contributors remain with them. Copyright of all included artwork remains with the various record companies and artists.